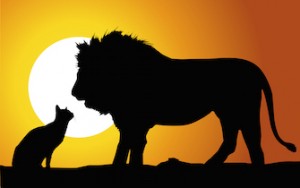 There will be some who will rush to judgment, no doubt, and claim that Comarco is an evil patent troll, representative of all the ills of the patent system. Not so fast. Characterizing Comarco, who is the original innovator of the technology represented in the patents, as a patent troll would seem to be wholly incorrect. Once upon a time Comarco manufactured products, but the company was pushed from the industry by cheaper infringing products. That makes the Comarco story a prime example of the often overlooked reality facing small businesses in a global marketplace increasingly dominated by giant conglomerates.  It would seem that the Comarco story is one about how large companies push original innovators out of the marketplace as the result of widespread infringement.

In some situations those giant conglomerates actually have the audacity to claim that they are being harassed by non-practicing entities. The irony, of course, is that many times these original innovators are non-practicing entities only because their business has been destroyed by large corporations who prefer to infringe rather than do business with the original innovator. In this tale there is no doubt that there is a bad actor involved, just not the participant normally vilified by massive PR campaigns that seek to disparage all patent owners.

What exactly is a company like Comarco supposed to do? Allow themselves to be pushed from the marketplace and then just allow their patent portfolio to rot?

According to the latest 10-Q filed with the Securities and Exchange Commission on October 31, 2014, Comarco, Inc. was incorporated in California in 1960 and its common stock has been publicly traded since 1971, when it was spun-off from Genge Industries, Inc. Comarco Inc.’s wholly-owned subsidiary Comarco Wireless Technologies, Inc. (“CWT”) was incorporated in the state of Delaware in September 1993.

Through the third quarter of fiscal year 2014, Comarco developed and designed innovative technologies and intellectual property that was used in power adapters to power and charge battery powered devices such as laptop computers, tablets, smart phones and readers. In August 19, 2013, Lenovo, our only material customer, informed us that it intended to cease offering our Constellation product, the power adapter we designed and developed for Lenovo. Sales of the Constellation product to Lenovo accounted for materially all of our revenue for the fiscal year 2014… We anticipate that we will generate de minimis revenue in future periods from the development, design, distribution or sale of any products. We have effectively suspended traditional operations and are now primarily focused on realizing the potential value from our ongoing litigation as well as exploring opportunities to expand, protect, and monetize our patent portfolio, including through the potential sale or licensing of our patent portfolio.

Indeed, Comarco originally developed its proprietary line of electronic device charging solutions. The technology at the core of Comarco products resulted from significant research and development investments, which ultimately resulted in a small but meaningful patent portfolio that today stands at 48 patentsto solve the unique challenges of enabling a single power adapter to charge multiple devices using a variety of power sources (AC wall outlets, DC sources in cars and airplanes, and computer USB ports).   Until recently, Comarco sold its proprietary ChargeSource® line of multi-function universal mobile power adapters, which could simultaneously power and charge multiple rechargeable mobile devices.  Comarco was forced to abandon ongoing product sales due to the proliferation of unlicensed products. The only avenue forward available to Comarco is to use its patent portfolio to go after those that are infringing.

The complaint filed against Best Buy has a little more background information provided to give context to the technology that underlies the Comarco portfolio. The complaint explains:

Most portable electronic devices (such as laptop computers, tablets, cell phones, and media players) require direct electrical current (“DC”) to operate and to recharge their batteries. However, common electrical outlets usually provide only alternating electrical current (“AC”). Hence, purveyors of portable electronic devices typically provide a power supply (also known as a power adapter or a charger) with new products. A typical power supply sold with a new portable device plugs into a wall outlet, either directly or through a cable, and converts AC power from the wall outlet into DC power that is used to operate a portable device or charge its battery.

If the allegations in the complaints prove to be true, it would seem that the innovator of a useful technology has been pushed out of the industry as the result of widespread infringement and inability to compete on price. This narrative is an important one that is seldom told during patent reform debates, or discussions of the so-called “patent troll problem.” Sadly, this story is all too common. When one spends the time, money and energy to innovate that expenditure needs to be recouped, which means that those who copy can swoop in as the free rider and charge lower prices with which the original innovator cannot compete.

This is exactly what the patent system is intended to prevent. A patent is supposed to be a reward for innovation, exclusive rights are supposed to be obtained. Instead the original innovator who fulfilled their part of the bargain by disclosing the technology they invented gets the short end of the stick. Their vilification by the media and politicians alike akin to rubbing salt in an open wound.

According to the company these lawsuits are part of their ongoing and accelerated efforts to pursue those infringing on patent rights that they have lawfully obtained over the last 20 years.