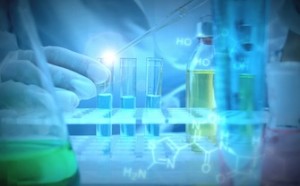 While there has been much written in the past months on efforts to change the U.S. patent system, there has been little focus on the vital role that the current patent system plays in supporting universities in conducting basic research and development (R&D). This university-driven R&D is a critical force in driving innovation, inventions and often startups that create jobs and promote American competitiveness.

Washington State University (WSU) and the University of Washington (UW) recently released a report that provides valuable insight into how university R&D spurs industry innovation and economic growth and highlights the need for careful consideration by Congress when thinking about any changes to our patent system.

The report notes that under current patent laws, “universities and faculty members are incentivized to actively pursue the transfer of new technologies to the private sector. Revenue generated through licensing agreements flows back to universities to support more research and education and cover patenting costs.”

University research and the innovation it generates are far more than an academic enterprise. As the report describes, it “is in itself a vital economic activity, “bringing in money from out of state and exporting value to the rest of the nation and world.” In FY 2010, the latest year for which comprehensive data is available, research and development expenditures of Washington state’s institutions of higher education “totaled more than $1.5 billion…contributing nearly $2.4 billion to economic activity, and supporting 16,000 jobs in the state.” Remember, this report only focuses on the activities at two universities in one state. Imagine the economic impact across the country with hundreds of universities, billions invested and the significant number of jobs created and supported.

The report provides specific examples of how universities take something from an idea to a startup company that creates jobs and drives more innovation. One great example is Blaze Biosciences, a spin-off company that came about through research by a UW professor who discovered that the peptides in scorpion venom (yes, scorpion venom) bond to brain tumors. Another UW professor was able to synthesize the peptides and add a fluorescent agent that then “illuminates” the tumor, allowing surgeons to better identify and remove cancerous cells – a development that has the “potential to transform surgical oncology in the fight against brain and other cancers.”

This innovation, and countless other examples like it around the country, are incentivized by a strong patent system. Research funders, including universities, need to have the confidence that they are investing in something that will be protected by our patent laws. It needs to be a transparent system, where everyone knows the rules and how they can be enforced.

But the question before us at this moment is: Why is this important? Other than the fact that using scorpion peptides to find brain tumors is amazingly cool, why should we care about this?

The answer is that there are efforts underway in Congress that would undermine and weaken our patent system, including for universities. In an effort to deal with what everyone agrees are abuses of the system by some bad actors; some in Congress are again proposing sweeping changes to our patent system. These changes would do far more harm than good, favoring large incumbent technology companies while ignoring the voices of the individual inventor, universities, and start-ups.

There also seems to be insufficient recognition of how the landscape has changed significantly since the last time this issue came before Congress. A letter sent to congress on January 21, 2015 signed by over 250 businesses and organizations highlighted several major judicial and administrative developments in patent law over the last year that call into question the need for sweeping new patent legislation and elevate concerns that some of the measures under consideration go far beyond what is necessary or desirable to combat abusive patent litigation.  The recent developments include:

Taken together, these judicial and administrative developments, and the plunge in the patent litigation rate – new patent lawsuit filings have dropped 40 percent, year over year, from September 2013 to September 2014 – have fundamentally changed the landscape under which patent legislation should be considered.  The letter calls on Congress to consider these developments before making changes to the patent system that threaten the property rights of innovators.  The letter also expresses the groups’ desire to work with Congress on targeted and measured reforms that address harmful patent enforcement practices.

Policymakers should tread carefully in making changes to a patent system that has been so instrumental in supporting research and development at universities and driving our nation’s vital innovation economy.

Please take the time to read the WSU/UW report here.