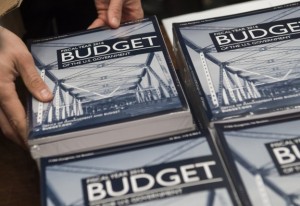 The United States’ federal budget for the 2016 fiscal year was recently unveiled by President Barack Obama. This latest budget increases the amount of money that will be available to the United States Patent and Trademark Office, although the amount specifically appropriated is less in FY 2016 than it was in FY 2015. This has lead some to incorrectly claim that the USPTO will have access to less funding in FY 2016 compared with FY 2015. Admittedly, that would ordinarily seem like a logical conclusion, but when talking about the budget, particularly the USPTO budget, logic and reason can’t always be applied in a linear fashion.

As part of the America Invents Act (AIA), the USPTO was ostensibly given authority to use the fees it collects to fund operations. That right, however, still remained contingent upon Congressional approval through the budgeting process, which largely didn’t change the fact that the USPTO is still beholden to Congressional appropriators. The AIA also created a reserve fund for the USPTO, and that is how the USPTO will have more access to funds in FY 2016 compared with FY 2015 while there appears to be a decrease in funding in the budget. According to the IPO, the FY “2016 budget proposes that the agency will draw from its operating reserves and other income to fund its total estimated obligations of $3.499 billion, including enhanced investment in its IT infrastructure.”

The 2016 fiscal year budget request by the Department of Commerce indicates that the USPTO has been authorized to spend its estimated base fee collections for 2016 of $3.207 billion. This forecasted amount of fee collection revenue continues a trend of year over year increases in fee collections from the 2015 estimate ($3.142 billion) and the actual 2014 collections ($3.024 billion).

The total budgeted program level for the USPTO during the 2016 fiscal year has also been growing incrementally year over year. The total estimated obligations of the PTO for 2016 are $3.499 billion, over $150 million more than 2015’s estimated obligations ($3.331 billion) and about $500 more than actual 2014 obligations ($2.997 billion). The vast majority of the FY 2016 budget, more than $3 billion, is dedicated for patent activities; only $324 million is set aside for trademark activities. This seems to comport with the long standing notions that patent activities make up approximately 90% of the agency’s activities, while trademarks roughly approximate 10% of the agency’s activities.

The nearly $3.5 billion program funding level for the USPTO will further allow the agency to not only continue the implementation of the America Invents Act, it would also go towards activities designed for following through on the administrative actions for the agency as proposed by the President’s Patent Task Force. According to the 2016 budget, the agency’s major activities will include the reduction of overall pendency and backlog, enhancing patent quality, improving appeal and post-grant processes, ensuring optimal IT service delivery for all users and improving IP protections globally. Efforts to curb abusive patent litigation are also supported by the budget, which repeats the President’s call to Congress to find legislative solutions for greater transparency in the U.S. patent system as well as the prevent of frivolous patent infringement lawsuits.

There were those who had criticized the seemingly “aggressive” nature of the original 2015 fee collection when last year’s federal budget was released. During the 2013 U.S. government shutdown, about $160 million in fee collections from the USPTO were subject to sequester in large part because the FY 2013 budget included fee collection estimates that far exceeded what the agency actually collected. Even though the American Invents Act contains language that prevents diversion of fees collected by the USPTO to be used for other purposes, those funds were at risk of sequestration because fee collections in FY 2013 did not exceed budgeted appropriations.

Fee collection mechanisms provided to the USPTO by the AIA have been cited by PTO Deputy Director Michelle Lee as a major contributor towards making the agency self-sustainable, a viewpoint she offered during her recent confirmation hearing before the U.S. Senate Judiciary Committee. Lee’s nomination to become the next Director of the agency remains pending.