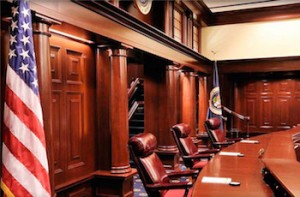 Looking back at the patent reform landscape over the last several years, from the array of judicial decisions at the Supreme Court and Federal Circuit, to the passage of the America Invents Act (AIA), one area of reform that has been particularly effective is the change to the standard for willful infringement. In the years leading up to the passage of the AIA, some of the most critical and hotly debated issues across industries involved injunctions, damages, and willful infringement. Fortunately in 2007, the Federal Circuit, sitting en banc, issued the In re Seagate Technology decision which transformed the law on willful infringement. Prior to Seagate, a plague of spurious willful infringement assertions infected patent litigation and all too often provided plaintiffs unfair leverage with a threat of triple damages, and caused massive problems with attorney-client privilege issues, not to mention wasteful and unnecessary discovery expense. Literally in one fell swoop, the Seagate decision restored order and rationality to the law on willful infringement.

In spite of this tremendous success in correcting one of the most problematic areas of patent law at that time, two Federal Circuit judges have called on the full court to reevaluate the law on willful infringement. In a concurring opinion in Halo Electronics, Inc. v. Pulse Electronics, Inc., Judge O’Malley, joined by Judge Hughes, urged the full court to reconsider its willfulness jurisprudence in light of the recent Supreme Court decisions in Highmark Inc. v. Allcare Health Management Systems, Inc., 134 S. Ct. 1744 (2014) and Octane Fitness, LLC v. ICON Health & Fitness, Inc., 134 S. Ct. 1749 (2014). And now plaintiff-appellant Halo Electronics has echoed the concurrence’s call to reexamine willful infringement in its Petition for Rehearing En Banc.

While there are several facets of willful infringement law that the Halo concurrence would have the full court reconsider, the one that could have the greatest impact, and potentially unwind the patent reform gains made by Seagate, is the substantive test for award of enhanced damages under 35 U.S.C. § 284 for willful infringement. The Supreme Court in Octane Fitness overruled the Federal Circuit’s objective/subjective test for an award of attorney’s fees under § 285 prescribed in Brooks Furniture Manufacturing, Inc. v. Dutailier International, Inc., 393 F.3d 1378 (Fed. Cir. 2005). In so doing, the Court found that the Federal Circuit had improperly imported the dual requirement of “subjective bad faith” and “objective baselessness” from the Court’s decision in Professional Real Estate Investors, Inc. v. Columbia Pictures Industries, Inc., 508 U.S. 49 (1993) (PRE). Consequently, because the Halo concurrence believes the standard for the award of enhanced damages under § 284 closely mirrors the now overruled standard for award of attorney’s fees under § 285, the time has come to assess whether a similar flexible test is appropriate for willful infringement damages.

Not surprisingly, Judge O’Malley’s concurrence caused something of a stir, with IPWatchdog’s very own Gene Quinn speculating that Patent Reform is Dead in 2015 if the Federal Circuit revisits willfulness en banc. And interestingly, despite the potential dramatic consequences with such a reevaluation of willfulness, some commentators seem to be on board with Judge O’Malley regarding the tension existing between willfulness case law under § 284 and award of attorney’s fees under § 285 after Octane Fitness, including Professor Rantanen in his post Sorting Out Sections 284 and 285.

While at first glance it may seem reasonable to equate the willfulness standard of § 284 with the exceptional case standard of § 285, I submit that reassessing the law on willful infringement is unwarranted, and not grounded on solid legal or policy underpinnings. With the utmost respect for Judges O’Malley and Hughes, I believe that it is improper to analogize §§ 284 and 285 for purposes of deriving any alteration to the substantive test for willful infringement.

An analysis of policy considerations underlying these laws reveals that the “willfulness” and “exceptional case” standards should not be analogized since they serve very different purposes. Enhanced damages in patent cases are meant to deter manufacturers from recklessly ignoring known patent rights while simultaneously recognizing the practical difficulties companies face in knowing and assessing the scope of all potentially relevant patent rights when hundreds of thousands of patents issue each year. In short, awards of enhanced damages address market behavior. By contrast, awards of attorney’s fees in “exceptional cases” are meant to deter frivolous positions or litigation misconduct by either party.  They are not tied to the value of the patented technology, or market behavior, but to the cost of litigation. As such, fee shifting in exceptional cases addresses litigation behavior.

Similarly, from a case law standpoint, the “willfulness” and “exceptional case” standards should not be equated. The Federal Circuit in Seagate looked to the well-established meaning of the term “willful” in other civil contexts in defining the standard for “willfulness” as requiring “objective recklessness.” For example, Seagate cites to several Supreme Court decisions, including Safeco Ins. Co. of Am. v. Burr, 551 U.S. 47 (2007), where the Court noted that the standard civil usage of “willful” includes reckless behavior. Consequently, the Federal Circuit abandoned and overruled the prior standard set out in Underwater Devices Inc. v. Morrison-Knudsen Co., 717 F.2d 1380 (Fed. Cir. 1983) since it set a lower threshold for willful infringement more akin to negligence and allowed for punitive damages in a manner inconsistent with Supreme Court precedent. Moreover, in the years leading up to Seagate, the duty of care imposed by Underwater Devices had come under intense criticism and there was broad consensus that change was needed.

Importantly, Seagate in no way predicated its willfulness test on the basis of the Supreme Court’s PRE decision as the Halo concurrence contends. In fact, PRE is not even cited in Seagate. And in Bard Peripheral Vascular, Inc. v. W.L. Gore & Assocs., Inc., 682 F.3d 1003 (Fed. Cir. 2012), the Federal Circuit did not rely on PRE to further define the substantive willfulness test, but simply referenced PRE in connection with finding that the objective prong of § 284 should be treated as a question of law. In short, the Supreme Court’s rejection of PRE in the context of § 285 in Octane Fitness has no bearing on the willfulness test of Seagate. (Note: In the most recent decision in Bard v. W.L. Gore (Fed. Cir. Jan. 13, 2015), Judge Hughes in a concurring opinion again reiterated his belief that the full court should reexamine its willfulness jurisprudence).

Even if the Federal Circuit were to follow the lead of Octane Fitness in reassessing the willfulness standard, it should arrive at the very same result as Seagate in terms of defining “willfulness” with regard to other areas of law and its ordinary meaning. That is precisely what the Supreme Court did in Octane Fitness in defining “exceptional.” The Federal Circuit in Seagate has already done the hard work in defining “willfulness,” including consideration of Supreme Court precedent, and in effect foreshadowed the correct approach to this effort as taken in Octane Fitness. Consequently, there is no need to reexamine the standard for willful infringement, since doing so would very likely lead right back to the same place.

After many long years of effort in bringing patent reform to its current state in order to enhance patent quality and curtail litigation abuse, we need to let both the enacted legislative reforms and the judicial decisions continue to take hold. And more is needed to address ongoing patent litigation abuse, but we must carefully and responsibly engage the courts and Congress to ensure that patent rights overall are not diminished to the point that it would weaken America’s role as an innovation leader. Against this backdrop, the last thing we need to do now is risk taking a major step backwards by reopening an area of patent reform that has yielded meaningful and effective results. The law on willful infringement is working, and I urge the Federal Circuit to deny a rehearing en banc in Halo or otherwise refrain from disrupting the progress made with Seagate.