The Past, Present and Future of Post Grant Administrative Trials 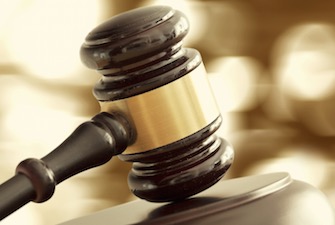 On September 16, 2011, President Barack Obama signed into law the most sweeping changes to U.S. patent law since at least the 1952 Patent Act, perhaps ever. One of the dramatic changes to the U.S. patent system was the creation of post grant administrative proceedings where a challenger could in a contested forum akin to a trial challenge one or more claims of a patent already issued. These new proceedings — post grant review, inter partes review and covered business method review — went into effect on the one year anniversary of the signing of the America Invents Act (AIA) on September 16, 2012.

The patent litigation landscape has forever changed thanks to the AIA. On that date the Patent Trial & Appeal Board (PTAB) was born. The precursor to the PTAB was the Board of Patent Appeals and Interferences (BPAI), which would hear appeals from applicants who had their patent applications rejected and also conducted interference proceedings. With the signing of the America Invents Act (AIA) the PTAB was born and the jurisdiction of the appellate body within the United States Patent & Trademark Office (USPTO) was greatly expanded.

This Board, the adjudicative body of the USPTO, consists of technically and scientifically trained administrative patent judges (APJs). The PTAB was created, in part, to adjudicate the new patent challenge mechanisms of the AIA. Between September 16, 2012, and August 7, 2014, there were 1793 post grant challenges instituted. See USPTO PTAB Update, slide 5. Of those challenges 1,585 (or just over 88%) were inter partes reviews. There have been 201 covered business method challenges, 6 derivation proceedings and only a single post grant review. The fact that there has been only a single post grant review is not surprising giving that a PGR can only be instituted to challenge patents that were examined under the first to file rules of the AIA, which did not go into effect until March 16, 2013. The relatively low number of covered business method challenges suggests that this form of review is not nearly as popular as it was thought to have been prior to the enactment of the AIA.

Things may be changing at the PTAB in terms of granting post grant petitions. Scott A. McKeown  who is a partner at Oblon Spivak and co-chair of the Oblon post grant practice group, as well as the author of the popular Patents Post Grant blog, reviewed PTAB grants and denials between April 2014 and July 2014 and he found that the institution rate dipped during that time frame to 68%, with 42% of petitions granted as to all claims and 26% of petitions granted with respect to some claims challenged. Still, the PTAB presents yet another obstacle for patentees to navigate and an important tool for challengers to use against improvidently granted patent claims.

This downward trend comes in stark contrast to what was happening at the PTAB early on in the Board’s history. Former Federal Circuit Chief Judge Randall Rader had referred to the PTAB as a patent “death squad” because virtually all petitions were granted and claims lost. This downward trend may be explained by several factors. First, it stands to reason that the early challenges brought to the PTAB were the strongest and against the weakest patents. The PTAB may also be more discerning as they Board matures and becomes more familiar with the law and procedures of the AIA. These trend lines bear further watching.

Inter partes review has been and likely will continue to be extraordinarily popular due to the fact that the rules are stacked in favor of the challenger. Indeed,Scott McKeown who is a partner at Oblon Spivak and co-chair of the Oblon post grant practice group explained on his blog that the Patent Trial and Appeals Board (PTAB) “offers unprecedented speed with none of the patentee safeguards of the district court.” The biggest safeguard that a patentee enjoys at the district court is a presumption of validity. In other words, during a patent litigation in the district court the patent is presumed valid and will remain valid unless and until the challenger can demonstrate by clear and convincing evidence that the claim (or claims) are invalid. At the Patent Office, however, the patent does not enjoy any presumption of validity and the challenger need only meet a preponderance of the evidence standard, which is substantially less onerous than the clear and convincing standard in a patent litigation in the district court.

Not surprisingly, post grant proceedings have been overwhelmingly filed against electrical and computer related innovations. The breakdown of cases by technology area is as follows:

Of particular interest is the fact that post grant proceedings have been used against bio/pharma patents. Prior to enactment of the AIA it was believed that bio/pharma would largely be spared from post grant challenges. Biotech and pharmaceutical companies tend to have fewer patents and do not collect patents in the same way that electronics and software companies do. Furthermore, biotech and pharma patents tend to be more detailed and overall of a higher quality than your average patent. Given the relatively few patents that these companies hold that cover core assets even 5.2% of post grant challenges coming from the bio/pharma space is surprising. No patents are safe from post grant challenge it seems.

Moving forward post grant administrative trials will almost certainly change to some extent. Many will recall that during the rule making phase the USPTO held roundtable discussions in a number of cities across the country. During this timeframe the USPTO committed to revisiting the rules and practice guide once the Board and public had operated under the rules and practice guide for some unspecified period of time and had gained experience with the new administrative trial proceedings. With nearly two years of practical experience with these new proceedings, the time has now come for the USPTO to revisit and quite possibly revise the rules.

Earlier this summer the United States Patent and Trademark Office published a Request for Comments on Trial Proceedings Under the America Invents Act Before the Patent Trial and Appeal Board. Recently the USPTO extended the deadline to provide comments to October 16, 2014. Thus, the USPTO is now taking a step back to review these new proceedings, aided by public input.

The USPTO began the process of revisiting the AIA administrative trial proceeding rules and trial practice guide by engaging in a nationwide listening tour. The USPTO conducted a series of eight roundtables in April and May of 2014, in Alexandria, New York City, Chicago, Detroit, Silicon Valley, Seattle, Dallas, and Denver, to share and collect information concerning the AIA administrative trial proceedings.

On Tuesday, September 23, 2014, I will host a free webinar discussion about the past, present and future of the PTAB. Joining me will be PTAB specialist Scott McKeown. We will share our perspectives and practical insights concerning what is really going on at the PTAB. Our presentation will be in dialogue format and will seeks to address the following topics and questions:

In addition to this ambitious agenda will be supplemented by questions from those in attendance.

If you are interested in attending this free webinar you can register by CLICKING HERE.