For Whom the Bell Tolls: The US Patent System 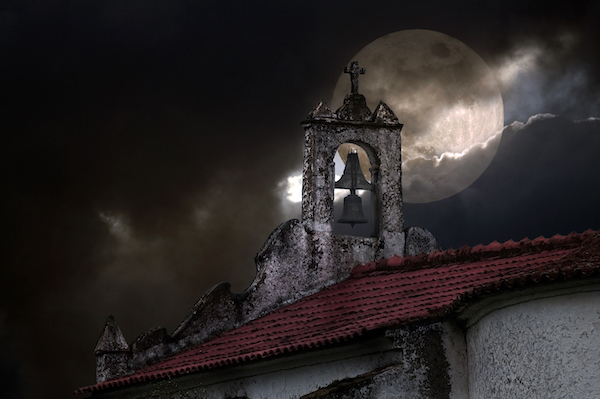 The US patent system has a storied history: written into the Constitution by Madison; the Patent Act itself written by Jefferson; and, requested to be passed in Washington’s first State of the Union speech.  As a former speech writer for the Commissioner back in 1985, I had the fun task of finding little interesting factotums about the US patent system to add some flavor to whatever audience the Commissioner was addressing. Such facts might include: local inventors, known statewide innovative companies, or just interesting moments in the course of the system and its contribution to the development of the then brand new United States.

Some fun stuff: Abraham Lincoln reckoned that, along with the invention of the printing press and Columbus discovery of America, the US patent system was among the three most important events in the history of the world. Of the 4 faces on Mt. Rushmore, 3 are inventors (Roosevelt is the exception); but, only Lincoln got a patent. The British burned pretty much everything in Washington that mattered in 1812; except, the Patent Office, around which they placed a guard. And so it goes.

Why am I resorting to the emotional heart strings; because the current round of patent reform is an existential threat to the US patent system. If these proposals pass, we will be left with a very, very expensive registration system in which the Fortune 50, and no one else, will be able to participate. In case no one has noticed, the Fortune 50 do not innovate (with few exceptions, it is those who will become the Fortune 50 that do the innovating) and so, the system ceases to exist. Let me explain.

I know the alleged problem the current round of reform is meant to address: patent trolls. But, while the proposals will likely have some of the desired effect, it will be like a cancer treatment for every other healthy cell in the body: all innovators will face the same poison meant for the trolls. The proposals will greatly increase the costs and risks of enforcing patents, regardless of ownership or origin. The immediate effect will be a further extrapolation of what is already being felt through the last patent reform effort bringing on Inter  partes review (a.k.a. patent death squads); to wit: a great diminution of patent value and an almost cavalier attitude among accused infringers.

I quote what I have been told: “I throw away ten deals a day.”  Said the oft accused infringer. They cannot be stopped and cannot be made to pay. An infringer can drag you through endless PTO rounds of attack, if necessary (taking into account the current stats, 1 round is likely enough!), and now the Judge will be equipped to create a series of high hurdles followed by summary execution. You think Tech Transfer has trouble with a Valley of Death attracting capital and enthusiasm now; just take their patents out and shoot them… that ought to help. Start-ups will have absolutely no basis in value except for a popularity contest. Whatever the IP is or was, is worthless, and can never be sold for any value because it can never be enforced. Take that ….tech transfer.

Let’s look among the patent system Hemlock currently on the agenda: 1) heightened pleading requirements: now there’s a winner. You have to have, in hand, before pleading, all the facts necessary to prove your case. Every claim, every clause, every accused item. I guess the American tradition of post filing discovery applies to everything and everyone except patent holders. 2) Discovery standards: well, as we know, in light of No. 1 here we do not need discovery so we should not miss this much, and besides, since the patent will be invalidated by the PTO after a stay is put in place, why have any discovery. Saves time and money for everyone to just execute the patent before the copyist is put to any trouble, 3) Fee shifting: here we go, execute the patent and the owner! That will show those no good inventors what we think of their coming forward to pay for the examination and publication and issuance of their ideas through our patent system: if they make a mis-step and we can outspend them, we get it all back plus their ruination. 4) Mechanism to ensure recovery, even against shell companies: again, let us dispense with the entire basis for creating a corporation to limit liability, etc., when it comes to patent enforcement we want to reach right through and eliminate those wretched inventors. You can spill chemicals, kill people in mines, have shoddy workplace safety, all protected by the corporate veil; but, by golly, if you have the temerity to enforce your patents, woe be to you, you rotten monopolistic inventor. This is, plainly, idiotic. And yet, it is being seriously debated, and the general consensus is that some combination of these features in varying degrees of severity will emerge this year, pre-election!

Some Senator(s) are alleged to be conflicted on the basis that actual inventors are among the ranks of their citizenry, and calling for their execution would be, somehow, wrong. I hope good sense overwhelms that particular Senator and they, alone if necessary, put a stop to this mindlessness.

I put one question to these Senators, and their thoughtful staff, who are proposing to rid us of the US patent system: suppose another country that had a patent system were proposing any of these procedures or requirements to be put in place for US patent owners to enforce in that country: would the good Senators sit idly by and let the rights and property of US innovative companies (and stalwart campaign contributors) be summarily reduced in value and taken or destroyed by foreign governments and foreign companies?  I thought not. Then why do it to US companies of whom we do not yet know but which are hatchlings trying to grow and attract capital; to tech transfer; to garage inventors, etc. across America? (Do not get me started on what a give-away CBM is to bailed out too-big-too fail Banks. Boy, don’t those pity poor Wall Streeters need some help fending off the minnows of patent owners from their battleship of public capitalization. (If you do not get the dripping sarcasm here, you are not very keen.))

I would suggest, in the absolute and complete alternative to the present proposals to eliminate the patent system, this: before a patent suit can be brought, the PTO works with a patent owner, like the ITC, to certify an infringement. Cost: under $ 5000.00. Once that is certified, a District Court complaint can be filed with notice to State AGs about who and how many accused exist within their state, the process is then automatically stayed until validity is likewise certified, also by the PTO, on the basis of the accused, alone or in combination, paying for and challenging validity. Once validity is determined up and through CAFC appeal, the court proceeds to enjoin and/or mete out damages. All of this occurs within 2 years. Inasmuch as the PTO is the gate keeper for infringement and validity, the claim interpretation does not change. The District Court does what they do best, determine damages, not claim scope and meaning. The CAFC runs it all, subject to occasional interference (guidance) from the S.Ct. Everyone is a winner. Both sides have predictable timelines, costs and outcomes. It is not, as it is now, rigged so that the victory goes to the well capitalized, and merit is of little or no import, and the patent is an afterthought.