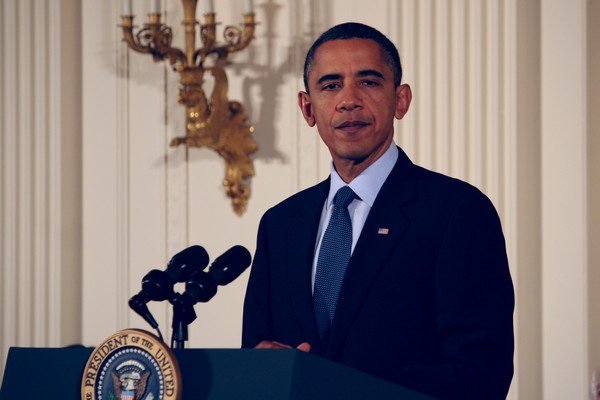 Yesterday the U.S. International Trade Commission (ITC) issued a final determination in one of the many ongoing proceedings between Apple and Samsung. These companies are battling each other in a variety of forums across the globe, which all together form the worldwide patent war over smartphones and tablets between the two tech giants. In this case the ITC found a violation of section 337 and issued a limited exclusion order prohibiting Apple from importing wireless communication devices, portable music and data processing devices, and tablet computers that infringe claims 75-76 and 82-84 of U.S. Patent No. 7,706,348. The ITC also issued a cease and desist order against Apple prohibiting the sale and distribution within the United States of articles that infringe claims 75-76 and 82-84 of the ’348 patent. No violation of U.S. Patent Nos. 7,486,644, 7,450,114, and 6,771,980 was found.

Which Apple products are implicated? The ITC determined that Samsung proved that AT&T models of the iPhone 4, iPhone 3GS, iPhone 3, iPad 3G, and iPad 2 3G infringe the asserted claims of the ’348 patent.

The timing of this ITC final determination couldn’t have come at a worse time for the President. In the early morning hours on June 4, 2013, the White House announced actions it was taking to combat the problems presented by patent trolls. Truthfully, this announcement was much ado about nothing. The much touted executive actions are insignificant and largely laughable; a plain-English webpage on the USPTO website explaining the problem doesn’t really help much and that was the most specific action directed by the President. But the new public image of a tougher stance on patent trolls really boxes the President into a corner just ahead of a fundraising trip to Silicon Valley. This turn of events shows exactly the problems created by adopting policies and public positions for the purpose of pandering to donors.

The problem that President Obama faces is very real and offers no easy way out. He will no doubt be pushed to used his authority under Section 1337(j) to disapprove of the ITC determination in order to assist Apple and AT&T, both important US companies. The trouble is that Apple is a non-practicing entity and could (and probably should) be properly characterized as a patent troll. So will President Obama use his authority under Section 1337 to help a patent troll?

Wait, is Apple really a patent troll? Well, they are certainly a non-practicing entity, as are so many of the technology giants in Silicon Valley. Essentially, Apple is a research and development company that designs what many would consider (myself included) cool gadgets. Apple, however, makes nothing on their own. That is why they find themselves having trouble with the ITC. Others outside the U.S. make Apple’s products. Apple makes nothing themselves. They import what others make. If they made their products here in the U.S., or even if they operated the same non-practicing model and hired others to make for them within the U.S., Apple couldn’t be hauled into the ITC. So there is a tremendous irony at work here. Apple is a non-practicing entity that makes nothing themselves and the fact that they have abandoned the American worker has lead to the ITC having jurisdiction in the first place.

But is Apple a patent troll? This is an interesting question. I would say no, but if you listen to the technology giants, including Apple themselves, they certainly would qualify as a patent troll. You see, the technology giants constantly define patent trolls as non-practicing entities that make nothing themselves. By that definition Apple is certainly a patent troll, as is most of Silicon Valley. Others, however, will define a patent troll as one who uses their patent portfolios to sue others while they are not themselves using their patents to make anything. Well, Apple makes nothing, instead choosing to outsource the making to others outside the U.S. The model is really quite indistinguishable from a licensing model where a research and development company innovates, licenses others to make and then sales occur. The only difference is in the typical licensing model the maker sells, but that is really a distinction without a difference.

So will President Obama come to the rescue to assist a patent troll right after vilifying patent trolls? Time will tell, but the fact that the President wants to have a discussion on patent trolls and stopping litigation abuse should project some much needed sunlight on the hypocrisy of the Silicon Valley elite who really want to characterize everyone other than them as a patent troll.

Funny how the Silicon Valley elite, who make nothing themselves and aggressively sue to enforce patent rights, characterize others as patent trolls but view their own business models as unproblematic. But let’s be honest, shall we? The Silicon Valley elite have a business model that is based on giving up on the American worker and relying on cheap labor in countries that violate human rights and have little or no workers rights. They don’t make anything and engage in scorched earth patent litigation. Sounds like the patent troll model to me, how about you?