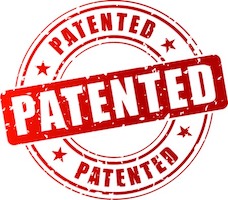 The verdict is not yet in on the constitutionality of the major changes mandated by the 2011 America Invents Act (AIA) as is reflected in the Constitutional challenge discussed in here and here. More importantly, however, is the fact that the smallest and most innovative entities which create most of the new jobs in America already know that the AIA will undermine the US Patent System, and adversely impact their innovation and their job creation in America. It is imperative that we all understand the impact of the implementation of the AIA in 2013 and particularly the ability of large deep-pocketed Multinational Mega-Techs to game the system in the areas of post-grant review, business-method patents, and enforcement. This should be a year where we take control of the AIA implementation and fix the problematic aspects of the law.

Instead, however, the Multinational Mega-techs that succeeded in undermining our Patent System under the guise of “patent reform” resulting in the AIA are already aggressively agitating for even more adverse changes in our nation’s Intellectual Property laws that will further devalue American patents and hobble the American economy.

Over the past several months, these Multinational Mega-Techs — the same folks that had previously disguised themselves as a Coalition for Patent Fairness (“CPF”) and leveraged the AIA into law with their multi-billion dollar Treasuries — have created the “ITC Working Group” and launched a new attack on the US Patent System by lobbying Congress to emasculate the US International Trade Commission (“ITC”). They are pressuring Congress to revoke the statutory authority which enables the ITC to punish and prohibit the importation of products which infringe patents protecting proprietary technology developed by non-practicing entities (NPEs) such as individual inventors, research institutions, and myriads of small R&D companies —any entity whose business model does not involve the manufacture of tangible products.

Evaluating the relative merits of the attack on the ITC and the Patent System in general requires an understanding of the accuracy of the allegations and information disseminated by the CPF/Working Group attackers. Dissecting their convoluted allegations of fact and law is beyond the resources and capacity of most folks who are not forced to by their involvement in the day-to-day fight for self preservation. However, every American is a Stakeholder in the American economy and therefore a Stakeholder in the Patent System which protects the innovation which fuels the job creation which is the engine of the American economy. And every Stakeholder has the resources and the capacity to understand a staggering record of abusive misconduct, to understand the motives of these attackers, and to evaluate the relative likelihood that their allegations and assertions are accurate or simply self-serving disinformation disseminated to obfuscate and mislead.

Research by prominent economist and Patent System expert Pat Choate during the battle against the AIA quantifies and documents two of the tangible and quantifiable manifestations of the arrogant and abusive business strategies pursued by the 15 CPF companies — having to defend serial Anti-Trust cases, and having to defend serial Patent Infringement lawsuits.

Dr. Choate’s research reveals the monumental stream of judgments, fines, penalties, felony convictions, prison sentences, lawyers’ fees, and wasted management time which results from the arrogant disregard of the Anti-Trust laws by these 15 CPF’ers — felony convictions and prison sentences were avoided in at least one case by a plea bargain which sent a number of other executives to Federal prison. This litany of horribles dwarfs the costs the CPF’ers incur in defending the Patent Infringement cases which result from their misappropriation of technology owned by others — the costs which the CPF’ers so loudly decry in their effort to camouflage their myopic agenda of taking down the US Patent System.

More specifically, from 1996 through 2008 these 15 CPF’ers were sued for Patent Infringement 730 times and paid about two-thirds of all infringement awards by American Courts for a total of only about $4bn, a mere one-tenth of one percent (0.001) of their revenue. During this same thirteen-year period, these 15 CPF’ers had to defend 641 anti-trust cases resulting in judgments, fines, penalties, felony convictions, prison sentences, and defense costs which imposed orders-of-magnitude greater cost burdens on their shareholders, as well as another huge cost burdens on US taxpayers who had to pay for the enforcement — to say nothing of the many small-guy casualties the CPF’ers crushed and left in their wake.

Dan Leckrone began his career as a trial lawyer, first in criminal cases as a Captain in the Army’s Judge Advocate General’s Corp serving as the Prosecutor and Chief of Military Justice for the II Corps Tactical Zone in the Republic of Vietnam, and later in business litigation and insurance defense. After seven years, he began his focus on the development and implementation of strategies for the management of the legal affairs of technology-based companies. He became heavily involved in the development and management of multi-national, intellectual property portfolios, the structuring of multi-national joint ventures for the development and use of technology, and the organization and management of complex multi-national litigation. Before founding The TPL Group in the late 1980s, he served as Vice President-Law of Memorex International, General Counsel Domestic of Memorex Corporation, and a “time-shared” Chief Legal Officer for a host of technology-based start-up companies in Silicon Valley.