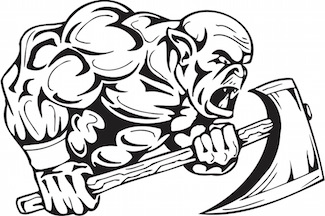 Yesterday Intellectual Ventures did what they said they would never do, but which so many feared they ultimately would do. After amassing one of the largest patent portfolios in the world, Intellectual Ventures unleashed three separate patent infringement litigations in the U.S. District Court of Delaware against companies in the software security; dynamic random access memory (DRAM) and Flash memory; and field-programmable gate array (FPGA) industries. While I do not begrudge any patent owner their day in court to seek redress for infringement, we really should at least notice the obvious hypocrisy of Intellectual Ventures, who for years said they were only amassing a defensive portfolio and had no interest in becoming what we all knew they could become; namely that most massive patent troll on the planet.

There is no doubt in my mind that eventually we will look back to December 8, 2010, as a pivotal day in the history of patents, patent law and patent litigation. It will almost certainly become a day of infamy, and there will be many who rightfully say “I told you so!”

“Over the years, Intellectual Ventures has successfully negotiated license agreements with some of the top technology companies in the world. However, some companies have chosen to ignore our requests for good faith negotiations and discussions,” stated Melissa A. Finocchio, Chief Litigation Counsel, Intellectual Ventures. “Protecting our invention rights through these actions is the right choice for our investors, inventors and current licensees.”

In the each of the complaints Intellectual Ventures explains that their “business includes purchasing inventions from individual inventors and institutions and then licensing the inventions to those who need them.” They explain that through these presumably benevolent behaviors (at least that is how it seems to be cast) they allow inventors to reap financial rewards from their innovations. Regardless of whether it is benevolent or not, they explain that they have “purchased more than 30,000 patents and patent applications” and have “paid hundreds of millions of dollars to individual inventors for their inventions.” Benevolent? Perhaps, but also lucrative. They state they have made $2 billion from licensing these acquired patent rights.

Presumably because they know that they will be characterized as a patent troll, and not wanting such a characterization, Intellectual Ventures explains that they also innovate. Specifically the complaints say: “Intellectual Ventures has a staff of scientists and engineers who develop ideas in a broad range of fields, including agriculture, computer hardware, life sciences, medical devices, semiconductors, and software.” They claim to have invested millions of dollars developing these innovations and have filed hundreds of patent applications every year. Of course, the fact that they innovate doesn’t make them a practicing entity. Intellectual Ventures is, in fact, a non-practicing entity. While that doesn’t necessarily make them a patent troll, it would be naive not to notice that this does certainly change the dynamic of any licensing and litigation activities since the non-practicing entity largely cannot be a target, at least under current rules and laws.

In the second complaint, Intellectual Ventures alleges infringement of its patents by Altera Corporation, Microsemi Corporation and Lattice Semiconductor Corporation. The patents in issue are U.S. Patent Nos. 5,675,808; 6,993,669; 5,687,325; 6,260,087 and 6,272,646. The patents in question here relate to field-programmable gate array (FPGA) technologies.

None of the complaints have any useful information about how or why Intellectual Ventures thinks the defendants are infringing, nor do they mention any claims that are allegedly being infringed. Rather, they assert ownership of the patents, explain in an extremely general way what they cover, typically by title and then allege that one or more claims of the patent are being infringed. This type of non-informing patent complaint is the rule, not the exception, particularly when patent trolls are involved. Unfortunately, the district courts and the Federal Circuit have yet to see fit to do anything to stop this nonsense associated with complaints that provide no useful information.

There is something exceptionally not right about a complaint that couldn’t even result in a default judgment being awarded to the plaintiff. I’m not suggesting that the defendants won’t answer the lawsuit, but if they decided not to answer the lawsuit the district court couldn’t issue a default judgment on these complaints because it is impossible to infringe a patent, you infringe patent claims. Without any claims being identified as infringed, the plaintiff wouldn’t have provided the district court with enough information for the judge to issue a default judgment in favor of the plaintiff. Yet the defendants will answer, none of the defendants will point that out, the issue will not be preserved and the game of cat and mouse will continue. Sickening really.

It seems to me that those big companies that are targets of patent trolls have a vested interest in being sued by patent trolls. There is a cozy relationship between those who sue and those who get sued, and without the patent trolls the defense teams would have no business and no jobs. Cynical I know, right up until you realize that the lead attorney representing Intellectual Ventures in the FGPA litigation is John Desmarais of Desmarais, LLP, who himself is a patent troll, having quit his extremely lucrative private practice less than 1 year ago to buy patents himself and become a patent troll, after spending time over the years defending companies against patent trolls. He is said to still work as an attorney, and even requires his clients to sign agreements having them waive any potential conflict of interest. I don’t now exactly how that works given that one can waive a potential conflict of interest, but cannot waive an actual conflict. So once Desmarais turns on those companies there will be an actual conflict and one fine ethical mess created all around.

There is no doubt that the patent troll industry, and the burgeoning defense industry brought on by their existence, are incestuous. If huge companies want to allow themselves to be targets for patent trolls who am I to get upset, right? I mean they obviously have licensing fees and large litigation damages already cooked into their prices since prices to consumers never go up no matter how many zeros are at the end of the check they pay and in front of the decimal point. What is concerning, however, is the increasing trend for patent trolls to go after hundreds of small companies in an attempt to extort money.

In some of the cases I have seen where patent trolls are going after smaller companies it is extremely clear that the defendants are not infringing and that absolutely no due diligence has been done by the patent troll. The burden is essentially placed on the troll target — the defendant to prove they are not infringing. Using the system for such a perversion is really unacceptable. Unfortunately, so many of the small businesses just want to settle or they join forces with the big businesses, figuring that the big businesses have the incentive to fight so they will just piggyback with them. If that is your strategy good luck! Prepare yourself for a case that will go on and on. Large companies have no incentive to end cases early, and they have the ability to pay the legal fees charged.  If they haven’t settled with the patent troll prior to lawsuit, and if they don’t settle shortly after the complaint is filed, they are likely going to see it through to the end because they are actually infringing.  So they have nothing to lose.  Tethering yourself as a small business to large infringers in patent litigation is a recipe for disaster if you ask me.

The patent troll litigation and defense industry has suddenly changed though with the Intellectual Ventures, the 1,600 pound gorilla, firing the shot that we knew would eventually come. The only question is how many more of their 30,000 patents will they seek to enforce, against who and whether those who are targets will finally see the merit in standing up and fighting in a way that sends a message to any other evil patent troll out there who seeks to bully defendants into paying on patents they don’t infringe.