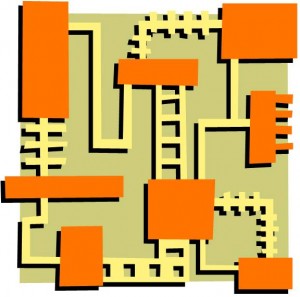 In Intellectual Science, the patent (U.S. Patent No. 5,748,575) involved an apparatus for reading optical discs (e.g., CD-ROMs) that reduced the role of magnetic disk drives (e.g., floppy or hard drives) by enhancing “information processing” through reading information simultaneously from multiple locations on one or more of these optical discs.  For example, an embodiment of this apparatus could run Microsoft Word®, Excel®, and PowerPoint® from three different locations on a single disc while simultaneously running Microsoft Windows® 95 from another disc.  Concurrently, the user could also “enjoy digital music by playing disc situated in [another] department.”

The Federal Circuit opinion was especially scathing about the patentee’s expert simply citing to the Sony Service Manuals:

“[The patentee’s expert’s] citation to a page number in Sony’s Service Manual for each [Paradigm Product] also supplies no specific showing of an infringing structure.  The schematic found at each page, one of which is reproduced below, presents an unexplained array of electronic symbols. ” (Emphasis added.)

In response, the patentee contended that its expert did at least identify the structure that served as the ITDM, namely an element labeled “IC-109” in the cited circuit diagram which the expert characterized as a “[p]layback signal selection device IC-109 [which] multiplexes audio information stream (CD or CDR) for output from the D/A converter.”  Again, the Federal Circuit opinion found this alleged identification insufficient:

“To accept this identification, this court would have to conclude that it would be reasonable to infer that the identified playback signal selection device is an ITDM simply because both devices perform multiplexing.  [The patentee expert’s] opaque identification is not enough to permit any reasonable juror to make that leap.  The record simply does not allow this court to accept the reasoning that all multiplexers are ITDMs.  Rather, as the record shows, an ITDM’s output is more complex. ” (Emphasis added.)

And the Federal Circuit opinion got even worse for the patentee based on the arguments in the briefs and what transpired at oral argument.  First, counsel for the patentee was asked at oral argument “where exactly [the patentee’s expert] identified the structural elements in his declaration.”  The counsel’s answer:  the language in this declaration is “perhaps not as grammatical as one would wish.”  Second, the Federal Circuit opinion concluded that the patentee’s attorney argument “does not offer any more clarity” as to the identity of the host interface bus in the Paradigm Products.  The ultimate in “Ouch!”

In conclusion, the Federal Circuit said:  “Without clear identification of the claimed structure or its equivalent in the accused devices, [the patentee] cannot survive summary judgment.”  In fact, the failure of the patentee’s expert to make clear (e.g., by annotation and factual explanation) where the four elements of the claimed “data transmitting means” were present in the cited circuit diagrams for the Sony Paradigm Products was just begging for the district court, as well as the Federal Circuit, to rule no infringement.  Future patentees should heed this warning in Intellectual Sciences case:  employ the KISS principle and clearly identify where each of the claimed elements/features are present in the alleged infringing product.  Put differently, your infringement case will most likely to go down in flames if your expert fails to make it abundantly clear (with annotations and factual descriptions) where all those claimed elements/features are present in the alleged infringing product.